A genetically modified organism (GMO) is one in which the genetic material has been altered in a way that does not occur naturally by mating and/or natural recombination. Many people choose to avoid GMOs because of various concerns that they raise. Looking for the USDA Organic or Non-GMO Project Verified labels is the easiest way to avoid buying GMOs, but note that not all companies or farmers can afford to get these certifications – particularly small local farms. Plus, remember that not every crop grown has a genetically modified alternative at this point in time, so many items, such as a locally grown blueberry, has almost no chance of being genetically modified. Here is a list of some of the most common GMOs that you might find on grocery store shelves. If you are adamant about avoiding GMOs, memorize this list from the Non-GMO Project. Remember, if a product is labeled with the Certified Organic seal, it by definition will not contain GMOs.

Much of commercially available alfalfa has been genetically modified to contain a gene that makes it resistant to the herbicide Roundup. This allows farmers to spray roundup over the crop to kill weeds, without directly killing the alfalfa itself. Therefore, you can be assured that this crop has been sprayed with Roundup. Alfalfa is a major crop used as livestock feed, which means that unless you are only buying Certified Organic or Non-GMO Verified animal products, this herbicide can make its way into the meat or dairy you consume.

It is estimated that about 90% of US canola crops are genetically modified. Canola oil, like soy, is very prevalent in processed foods; find it in chips, crackers, cereal, snack bars, candy, bread, and more.

Most of the conventional (non-organic) corn grown in the United States is genetically modified: from the sweet corn that you eat, to the field corn that is fed to livestock. Modified corn is resistant to the herbicide glyphosate. For a list of foods and additives that contain corn, check out this allergen fact sheet.

Genetically modified cotton produces an insecticide to kill specific pests. Cottonseed oil can be found in packaged foods like potato chips and margarine. Cotton can also make its way into animal feed and food fillers such as cellulose.

About 90% of the papayas grown in Hawaii are genetically modified to be virus-resistant against the ringspot virus. For non-GMO papaya, always look for organic certification.

“Innate” potatoes were approved by the USDA in 2014, developed by J. R. Simplot Company. There are currently five potato varieties in this group of potatoes, including Ranger Russet, Russet Burbank, and Atlantic. They are widely commercially available in the United States. 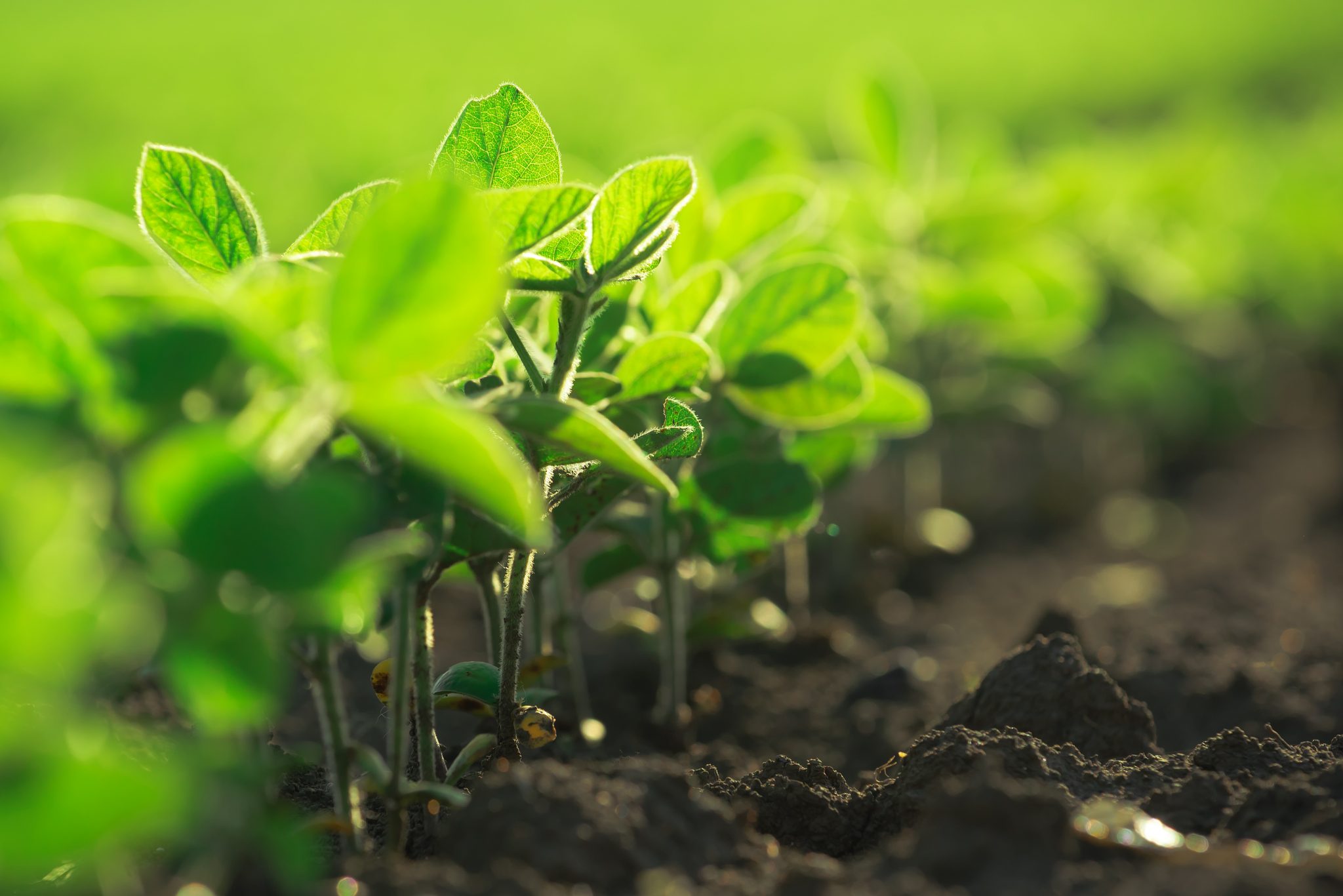 If you choose soy that is not certified organic, you can be fairly sure that it is genetically modified. Soy is the most common genetically modified crop in this country, and can be found in many forms: whole soy beans, oil, and soy lecithin, to name a few. For more hidden names for soy products, check out this soy allergy fact sheet.

About 95% of sugar beets grown in the United States are glyphosate-resistant, or “Roundup Ready”, meaning that they are engineered to be resistant to the herbicide Roundup. Sugar beets are, of course, used to produce sugar: if a product is not labeled as containing “cane sugar”, then you can bet the sugar comes from commercial sugar beets.

Genetically modified and commercially-available zucchini and yellow squash contain protein genes that protect the crops against viruses. Unless you buy certified organic (or from a local farmer that you trust), you will not know whether the squash you buy is genetically modified or not.

You’ve likely heard of rBGH (recombinant bovine growth hormone), which is used to increase the milk that cows produce. This hormone (which is banned in the EU, Japan, Canada, New Zealand, and Austalia) is made in a lab using genetic technology. Besides causing adverse health affects in cows, it is widely considered to be bad for human consumption, also. In addition, products such as meat, eggs, and milk are considered high-risk because GMOs are commonly found in animal feed. Products of aquaculture, gelatin, hides, and skin would also be included in this category.

Monitored Crops: The Non-GMO Project considers certain crops worth monitoring, as a genetically modified version is either newly available, on its way to being commercially available, or it stands a high chance of cross-pollination from GMOs. Some of these include apples, flax, mushrooms, and bok choy. Read the full list here.

Non-Testable “High-Risk” Products: According to The Non-GMO Project, “Not all GMOs on the market are detectable by current tests.” These products include canola, potatoes, TALEN soy variety, enzymes, culture and starters using yeast, and algae from aquaculture.