The cold and flu season is no treat. With this year bringing added challenges, consider taking a few simple actions to keep illness at bay. Healthy lifestyle choices are the best way to boost your body’s immunity, naturally. That means exercising regularly, limiting alcohol, caffeine, and sugar, eating healthy meals that contain plenty of fruits and vegetables, and drinking lots of water. Vitamin D, a fat-soluble vitamin, is frequently used as a supplement during the common cold. When “D” is used without a subscript it refers to either D2 or D3, the two primary forms used as supplements. Read on to learn more. 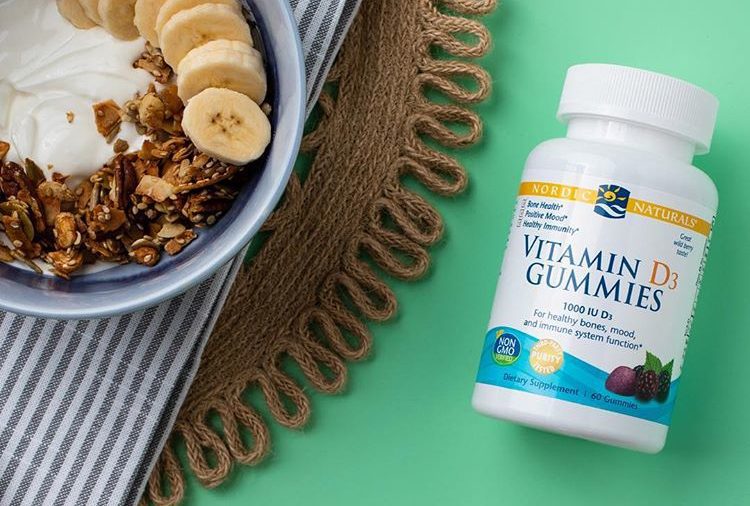 HOW TO USE IT

People who get plenty of sun exposure do not require supplemental vitamin D, since sunlight increases vitamin D synthesis when it strikes bare skin. The recommended dietary allowance for vitamin D is 200 IU per day for adults. Sun-deprived people should take no less than 600 IU per day and ideally around 1,000 IU per day.

In a double-blind trial, supplementation with 300 IU per day of vitamin D for three months during the winter decreased the frequency of upper respiratory tract infections in Mongolian children with vitamin D deficiency. Vitamin D supplementation also decreased the incidence of colds in several other studies, but was ineffective in other research. Vitamin D seems to be most effective in children, in adults with frequent respiratory infections, and possibly in people with low baseline vitamin D status.

WHERE TO FIND IT

Cod liver oil is an excellent dietary source of vitamin D, as are vitamin D-fortified foods. Traces of vitamin D are found in egg yolks and butter. However, the majority of vitamin D in the body is created during a chemical reaction that starts with sunlight exposure to the skin. Cholecalciferol (vitamin D3) is the animal form of this vitamin.

Vitamin D deficiency occurs more commonly following winter, owing to restricted sunlight exposure during that season. It is more common in strict vegetarians (who avoid vitamin D-fortified dairy foods), dark-skinned people, alcoholics, and people with liver or kidney disease. One in seven adults has been reported to be deficient in vitamin D. In one study, 42% of hospitalized patients under age 65 were reported to be vitamin D deficient. In this same study, 37% of the people were found to be deficient in vitamin D, despite the fact they were eating the currently recommended amount of this nutrient.

INTERACTIONS WITH SUPPLEMENTS, FOODS, & OTHER COMPOUNDS

Vitamin D increases both calcium and phosphorus absorption and has also been reported to increase aluminum absorption. Certain medicines interact with this supplement. Learn more here.

People with hyperparathyroidism or sarcoidosis should not take vitamin D without consulting a physician. Too much vitamin D taken for long periods of time may lead to headaches, weight loss, and kidney stones. Rarely, excessive vitamin D may lead to serious problems including deafness and blindness.

Some researchers believe that amounts up to 10,000 IU per day are safe for the average healthy adult. People wishing to take more than 1,000 IU per day for long periods of time should consult a physician. People should remember the total daily intake of vitamin D includes vitamin D from fortified milk and other fortified foods, cod liver oil, supplements that contain vitamin D, and sunlight.