Scientists all over the world continue to make strides in decoding the importance of beneficial bacteria in the gut, as it pertains to health. While we can get caught up in the small details of this bacteria or that species, Dr Zach Bush, CEO and founder of Restore 4 Life, is working to simplify the message. “We are a part of a larger ecosystem, both within us, and around us.  There are tens of thousands of species of bacteria, fungi, viruses, and parasites all working in concert for the greater good of the human and Mother Earth. We are just a tiny piece of biology on the planet. Whenever we go against nature, nature always prevails.”

Dr Bush, who is a classically trained medical doctor with specialties in Endocrinology, Internal Medicine, and Palliative and Hospice Care, accidentally discovered a molecule in soil that changed his whole view on health, and the body’s innate ability to heal. “In 2012, our science team discovered a molecule, made by bacteria, that could act as a communication or messenger molecule for bacteria, allowing species to communicate between themselves as well as to the mitochondria within the cell. This discovery became the dietary supplement called, Restore 4 Life.”

Further research indicated that environmental herbicides could be the root cause of the severe lack of diverse microbiome now being seen across the world. The United States sprays over 300 million pounds of glyphosate, the active ingredient in Round Up, per year on soy, corn, wheat, sugar beets, cotton and other staple crops. Glyphosate was originally patented as an antibiotic, killing beneficial bacteria and injuring the gut lining, the only protective barrier we have against toxic overload.

Dr Bush cites epidemics of disease as a wakeup call to immediately change the way we think about health.  “Whenever I see sickness of any kind, I believe there is a deficiency of nature.” Restore 4 Life provides a bridge between the earth and humans to protect us against these herbicides which now test positive in 75% of rain and air samples. [1]

Why is gut health important?

Why do we lack gut health?

A healthy gut houses thousands of species of beneficial bacteria, fungi, viruses, and parasites. This ecosystem can be disrupted in the following ways: 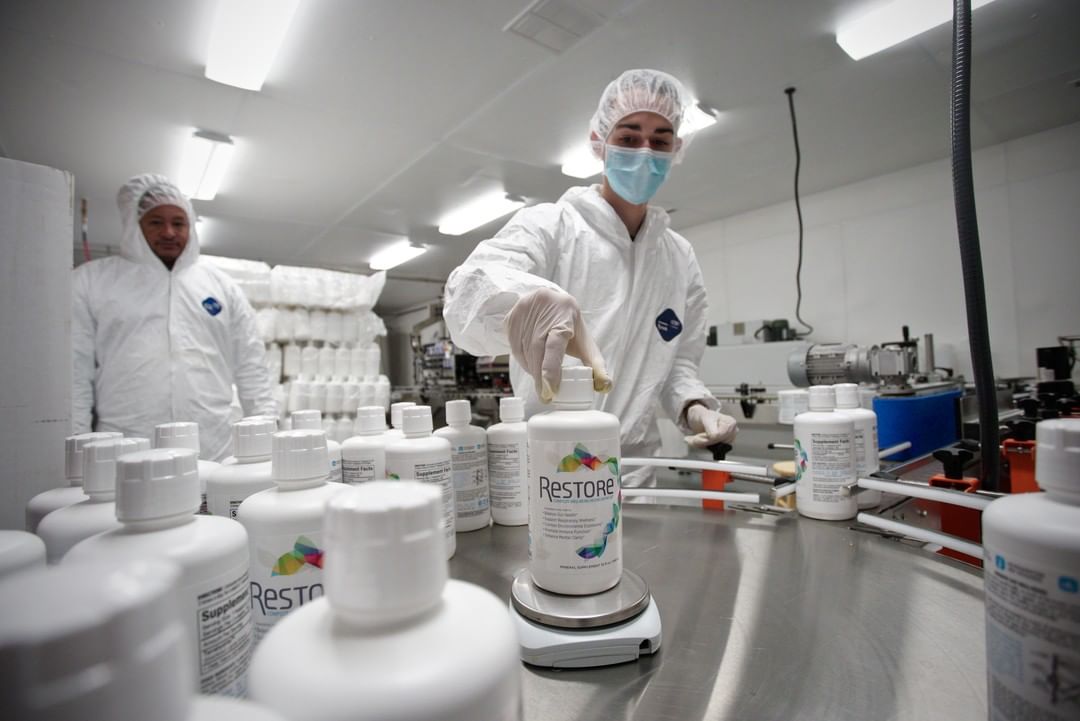 Why RESTORE for gut health?

What is RESTORE and How to Use?

These statements have not been evaluated by the Food and Drug Administration. This product is not intended to diagnose, treat, cure, or prevent any disease.