Dutch Meadows Organic Dairy is located on over 90 acres of lush pasture and woodlands in Paradise, Lancaster County. Alvin and Elizabeth Stoltzfus, along with their family run the farm and creamery, producing traditional dairy products with a holistic farming approach. They exclusively raise Dutch Belted cattle, a unique, endangered heritage breed of dairy cattle that has never been genetically altered for high milk production. You’ll find their raw milk and frozen bone broth available at all Kimberton Whole Foods locations. 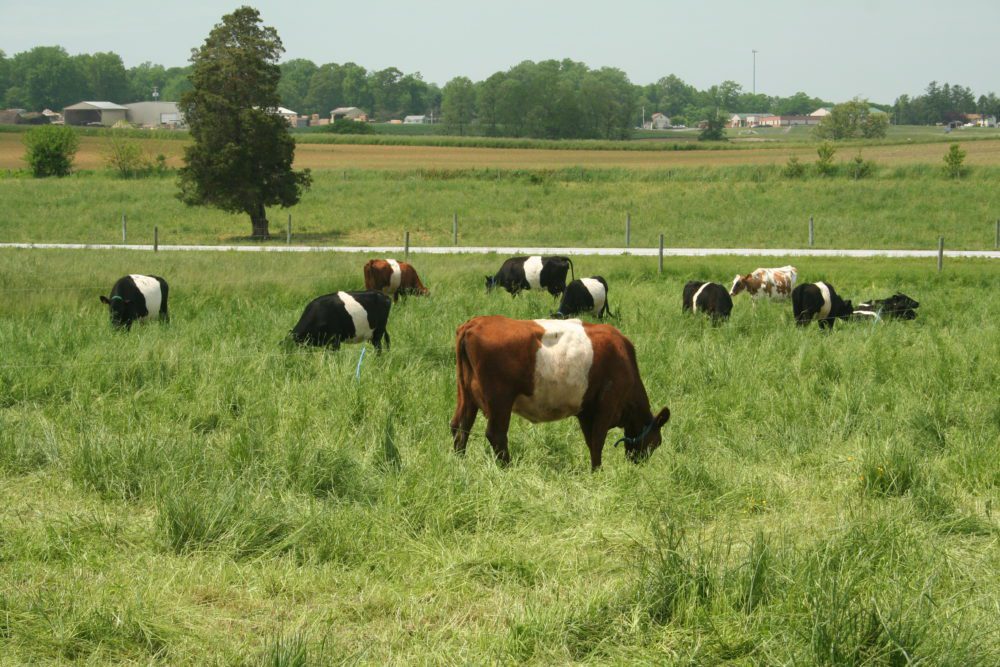 Dutch Belted cattle are natives of Holland, breeding dates back to beyond the seventeenth century. The original Dutch name – and still used in Holland – is the Lakenfield cattle, Laken meaning a sheet to be wound around the body of the animal. During the 1830’s the Dutched Belted cattle were imported into the United States, however, the breed was almost lost during the 1970s, but numbers have increased because of the dedication of grass-fed dairy farmers.

What makes them unique?

Dutch Belted cows are a unique, endangered heritage breed of dairy cattle that has never been genetically altered for high milk production. They are very efficient milk producers on a 100% grass-fed diet, however, they produce less milk than conventional breeds. The fat globules in the milk of Dutch Belted cows are naturally very small, rendering the milk partially homogenized.

What are A2 Type Casein Proteins?

Dutch Meadows raises Dutch Belted cows, which produce only A2 type proteins. There are several types of casein (milk protein) in milk. The two most common forms of beta-casein are A1 and A2, which differ by one amino acid. Some individuals have found the milk of A2 cows to be more easily digested.